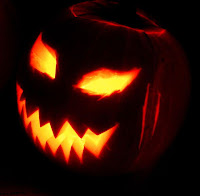 Me and my colleague the EAP archivist sometimes talk about the fact we feel like frauds in the classroom. Here we are, teaching EAP to graduate students, in a respectable university and yet we’re secretly know-nothings, hopeless amateurs who have somehow lucked our way into these jobs. And just like the little boy pointing at the naked king, eventually one of our students will say “you don’t know what you’re doing, do you, -why on earth are you teaching?!” Or perhaps ask a innocent grammar question which will leave my  confidence unravelling on the classroom floor, as I flail about before their eyes.
This is very silly. Both me and she are experienced teachers with MAs and DELTAs who work in good jobs and who have absolutely no reason to think like this -yet we do, and we’re not alone.
This week I discovered the name of this feeling, (thanks to wonderful Ed Yong). It’s quite common, -and not just among teachers. Impostor syndrome, apparently even affects incredibly successful people like writer Maya Angelou and the excellent comedian Tina Fey who says she sometimes hears a voice in her head saying “I’m a fraud. Oh god, they’re onto me! I’m a fraud!”
Another of my colleagues (Dan) suggests that if you’re worried about whether you’re doing it right, then you probably are. The teachers who just assume they are and who don’t question themselves and what they do in the classroom are probably the ones to worry about.
This idea is known as the Dunning-Kruger effect and was investigated in a paper called “unskilled and unaware of it: how difficulties in recognising one’s own incompetence lead to inflated self assessment.” Dunning and Kruger asked individuals to rate how funny jokes were, and then to rate how good they themselves were at judging how funny jokes were. they also asked professional comedians to rate the jokes and compared the subjects estimates with these. The interesting finding was that those people who were terrible at estimating how funny a joke was, were also terrible at estimating how terrible they were at estimating.  They also tested logical reasoning and grammar ability:

the authors found that participants scoring in the bottom quartile on tests of humour, grammar, and logic grossly overestimated their test performance and ability. Although their test scores put them in the 12th percentile, they estimated themselves to be in the 62nd [my italics]

As an interesting aside, the results showed that highly competent people often under estimated their own competence. Dunning and Kruger suspect that the highly competent assumed that other people were as competent as them. They invited the best and worst candidates back to mark other candidates’ results and then reassess their own ability. What happened? Well the competent cohort revised their estimate of their own ability upwards, getting it more in line with reality. However, those who were poor at estimating, when confronted with the evidence of their lack of competence, continued to estimate their  ability as being much higher than it actually was.

ok so this is really tenuously linked to Halloween, I admit!

Read more about DK effect here, -a blog in which Dr. Dunning actually posts a comment.